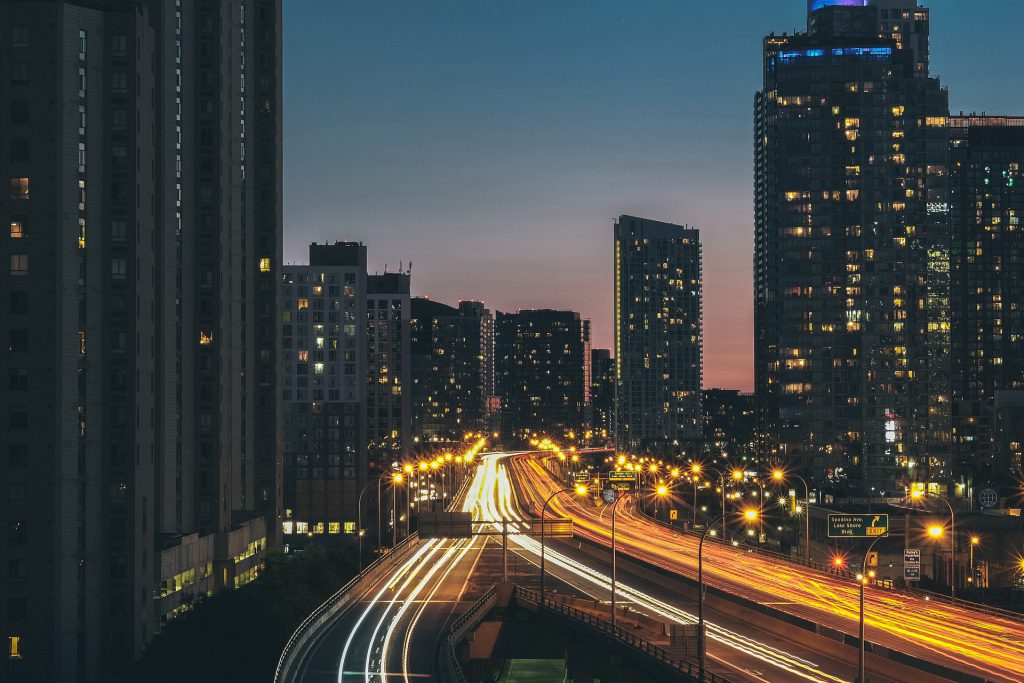 The Interstate Highway System has been called the Greatest Public Works Project in history. In 1956, under the presidency of Dwight D. Eisenhower, a record $33,480,000,000 road building program was set in motion. The main feature of the program was a 41,000-mile “National System of Interstate and Defense Highways” that would link 90 percent of all cities with populations of more than 50,000.

There were many good reasons to transition from winding, local roads to large, straightforward interstate highways including eliminating unsafe roads, inefficient routes, and traffic jams. Nuclear proliferation was another reasons to invest in a highway system. Highway advocates reasoned that if there was ever an atomic threat, the highway system would permit quick evacuation.

Today, there are more than 260 million registered vehicles on the road, according to the U.S. Department of Transportation Bureau of Transportation Statistics. In 1960, by contrast, there were only 74 million motorized vehicles on the road. The Interstate Highway System has enriched the lives of nearly every American driver. Drivers can travel long distances in shorter amounts of time and avoid congestion on local roads.

The Birth of the Interstate Highway System

Before he was elected President of the United States, Eisenhower served in the military, as an Army General. Stationed in Germany during World War II, Eisenhower was impressed by the effectiveness of the Reichsautobahnen – a network of high-speed roads. After the war ended, Eisenhower returned home, where he later took part in a celebratory road trip conducted by the military.

A convoy of military and civilian vehicles traveled 3,242 miles through 11 states, from Washington D.C. to San Francisco, in what the New York Times called “the largest aggregation of motor vehicles ever started on a trip of such length.” During their travels, they were met with conditions so bad that they often found their vehicles stuck in mud, sand or ditches, for hours at a time.

Upon their arrival in San Francisco – 6 days late – the idea that the federal government could and should improve America’s highways had taken root in Eisenhower’s mind. Decades later, on June, 29, 1956 President Eisenhower signed into law the Federal Aid-Highway Act of 1956, authorizing the Interstate Highway System. The system has effectively made America a nation on wheels.

The Interstate Highway System – now in its 50 year, along with other super-highways, will continue to contribute to the nation’s economic growth and quality of life. This requires that investments be made to preserve the interstate. Investments that each state, like Arizona, is responsible for. These investments include setting speed limits, building new roadways, expanding existing roadways, and repairing potholes.